A procession of colour and history

The Kandy Festival, also known as Esala Perahera or the Festival of the Tooth, takes place in the months of July and August. Discover a spectacular celebration of tradition and colour.

Amidst the mountains of the central highlands lies the last capital of the ancient kings. Vibrant green forests alongside the sides of towering mountains and a range of distinguished colonial buildings and magnificent Kandyan-inspired architecture gives the city its own unique charm. 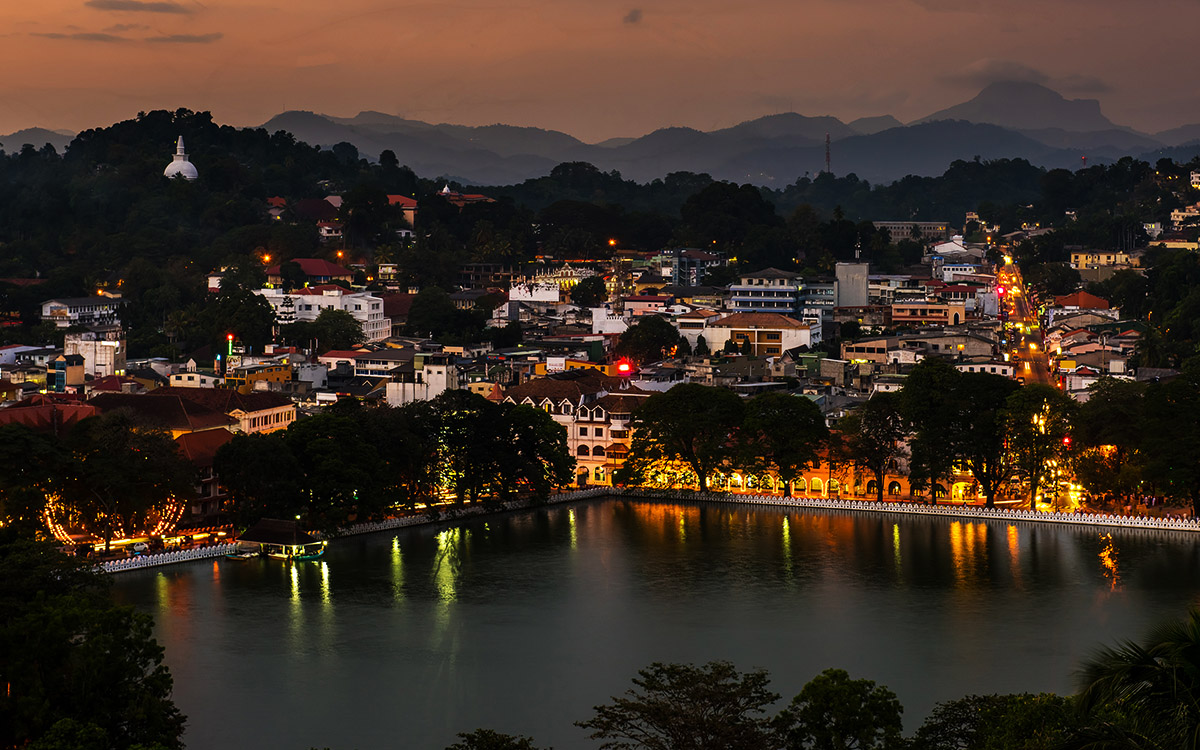 With such a strong connection to the island's history, the Esela Perehera stands as the pinnacle of traditions for celebrating Sri Lanka's history and culture. The Kandy Esala Perahera (the Sri Dalada Perahara procession of Kandy), also known as The Festival of the Tooth, is a festival held in July and August and draws massive crowds from across the island and from around the world. 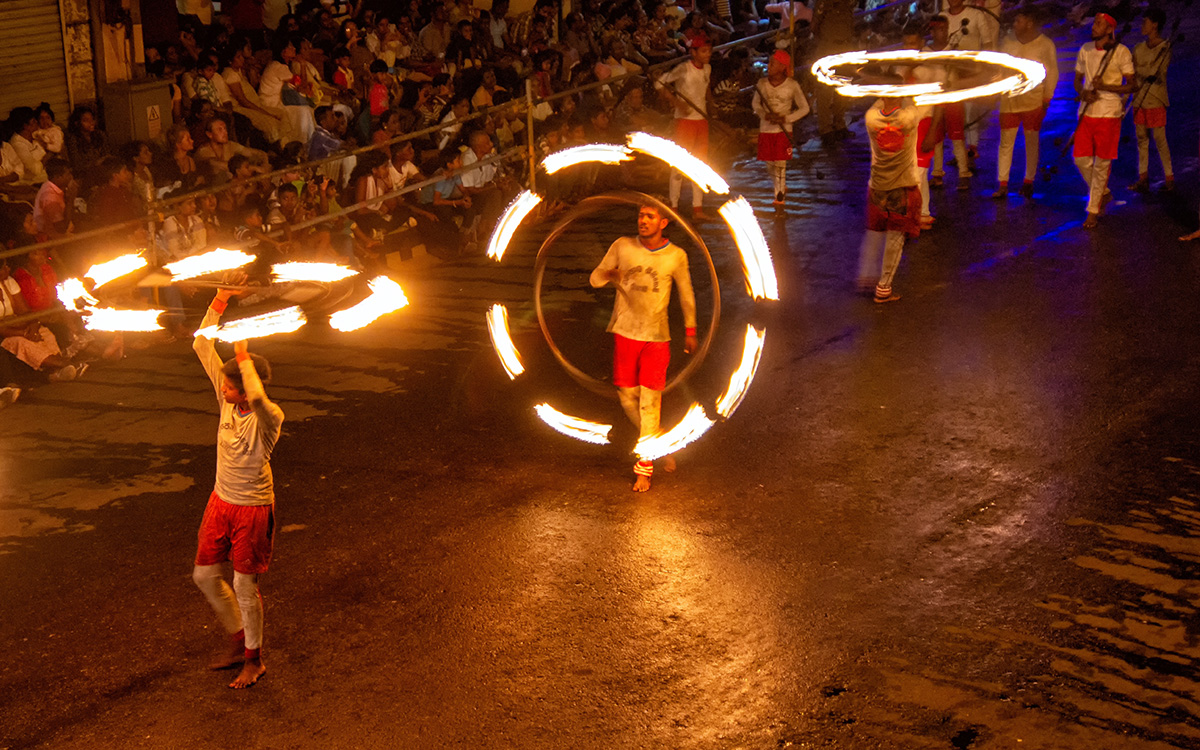 When you arrive in Kandy the day before the festival, you can feel the anticipation in the air and sense that the entire city is gearing up for an epic celebration. Grandstands are being built all around you to watch the parade pass by. No roadside or storefront is spared from the official (and not so official) seating that is being demarcated.

The Esala is thought to be the result of the merging of the Dalada and Esala, two distinct but related "Peraheras" (Processions). The Esala Perahera was a ceremony performed to ask the gods for rain, and it is believed to have existed as early as the third century BC. Eight hundred years after Buddha's death, in the fourth century CE, the Sacred Tooth Relic of the Buddha was transported from India to Sri Lanka. This is when the Dalada Perahera is thought to have started.

The reign of the Kandyan King Kirthi Sri Rajasinghe (1747–1781 AD) is when the Modern Perahera first originated. The Tooth Relic was never offered to the public for worship at this time since it was regarded as the King's personal property. However, King Rajasinghe ordered that the Relic be carried in a procession so that the people could view it and worship it. 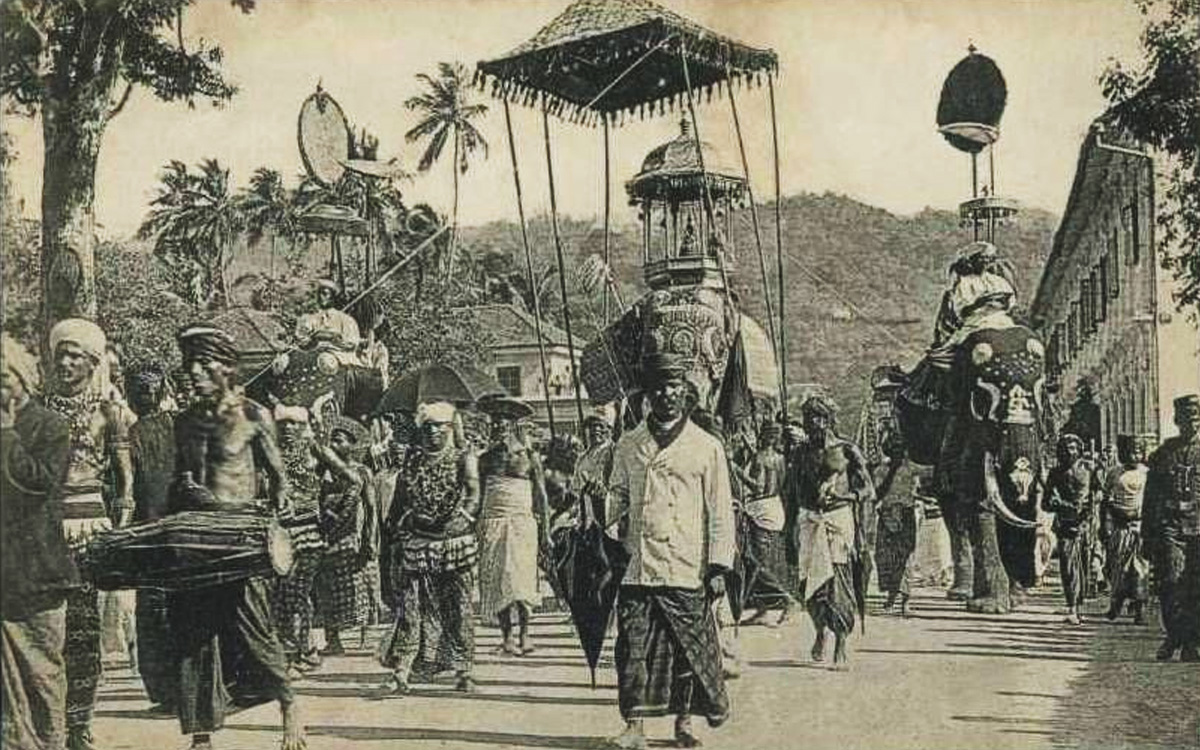 The Buddhist Clergy received guardianship of the Relic after the Kandyan Kingdom was conquered by the British in 1815. The "Diyawadana Nilame," a lay custodian, was chosen to oversee ordinary administrative tasks while the King was away.

Now, each year, this ancient procession is undertaken to honour the Buddha's Sacred Tooth Relic, which is kept at the Sri Dalada Maligawa in Kandy.

A young, sanctified Jackfruit tree is cut and planted in the grounds of each of the four Devales devoted to the four guardian gods Natha, Vishnu, Katharagama, and the goddess Pattini to begin off the Kandy Esala Perahera. It was traditionally intended to bless both the King and the populace.

The replica Tooth Relic casket is put inside the Maligawa Elephant's ransivige before the Maligawa Perahera joins the waiting Devale Peraheras and takes the lead in the parade. Whip-crackers create a deafening sound announcing the arrival of the parade while fireball acrobats clear the path, who are followed by the sombre Buddhist flag bearers carrying themselves with an air of regal importance. Then, riding on the first elephant is the official called Peramuna Rala (Front Official), followed by Kandyan drummers and dancers who twirl around at breakneck speeds. More elephants and other groups of musicians, dancers and flag bearers follow the parade adding colour to the historic occasion. 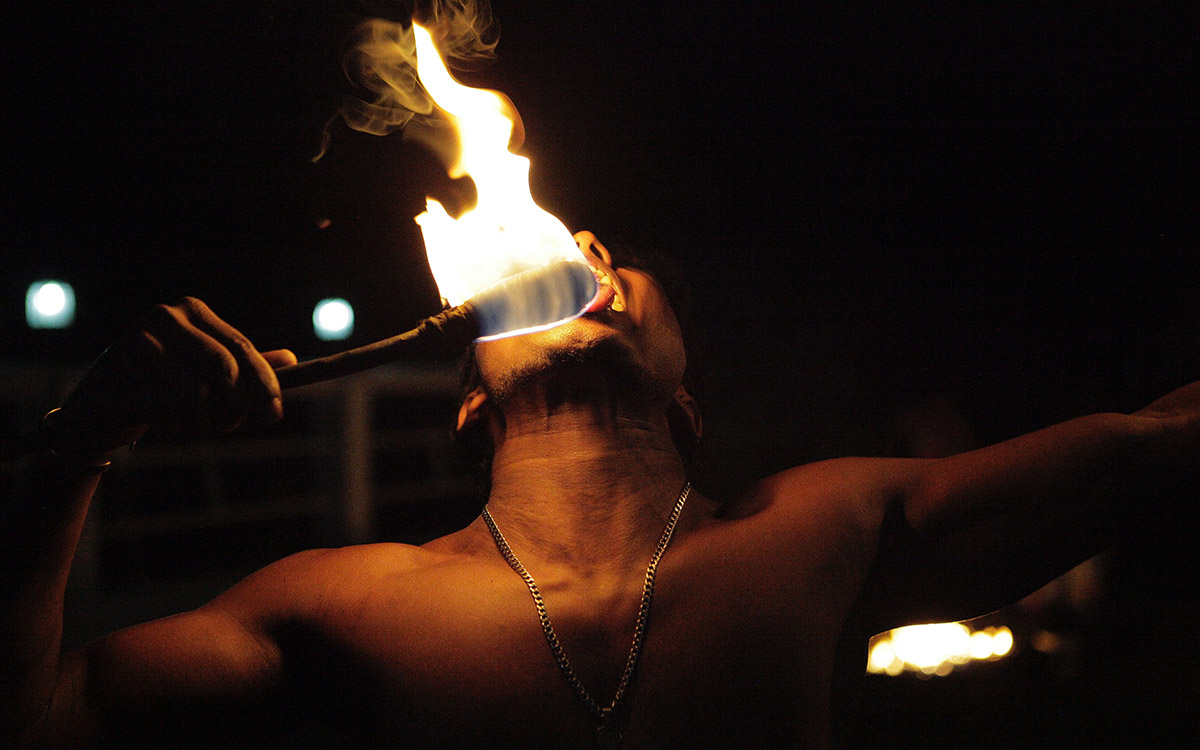 The Maligawa Tusker bringing the Sacred Tooth Relic is greeted by a choir of singers in white. Following the tusker is the Diyawadana Nilame, who is traditionally obligated to do everything in his ability to ensure rain falls during the proper season. However, it must be said that, while you can fully immerse yourself in Sri Lankan culture and traditions during the Kandy Festival, employing captive elephants as part of the festivities is a complex issue.

The procession carries on throughout the night and then finally ends in the following morning with the Diya Kepeema, or water cutting ceremony at the Mahaweli River at Getambe, a town a few miles from Kandy. A Day Perahera is held to mark the ceremony.

W15 Hanthana is only a 20-minute drive from Kandy and serves as the ideal place to base yourself when coming in to take the sights and sounds of a colourful spectacle full of tradition and history. The luxurious bungalow is offering you some exclusive deals during the months of Perahera so that you too can indulge in a captivating encounter while staying in absolute comfort and luxury.

Witness the Kandy Perahera in front row seats with W15 Hanthana. Click here to check out the on-going offers and make a reservation now.