Sea Turtles; the shelled wanderers of the ocean

Sri Lanka has one of the most visited shores for nesting in the world when it comes to Sea Turtles. Learn and witness these endangered species nest along the coast of Sri Lanka.

The ocean surrounding the island is famed for the creatures that call the waters it's home. Seven out of 250 species of turtles live in the ocean and Sri Lanka is a hotbed for turtle habitation, with five of the seven species visiting the island's shores to lay eggs.

Males never come ashore after entering the sea as hatchlings, but females return to the same beaches to lay their eggs. Turtles mature over a period of at least 20 years, and often up to 30 years.

Mature females come onshore to lay their eggs after mating at sea. They always come in after dark. To lay her eggs, the female goes as far up the beach as she can. This is to prevent the eggs from being spoiled by the water that rises with the tide. Once ashore, the female toils her way up the beach to a location of her choosing. Then, after turning to face the water, it uses its flippers to dig a shallow depression in the sand. After the hole is formed, the flippers dig a cylindrical egg chamber under her posterior end.

The 5 Sea Turtles who visit the shores of Sri Lanka 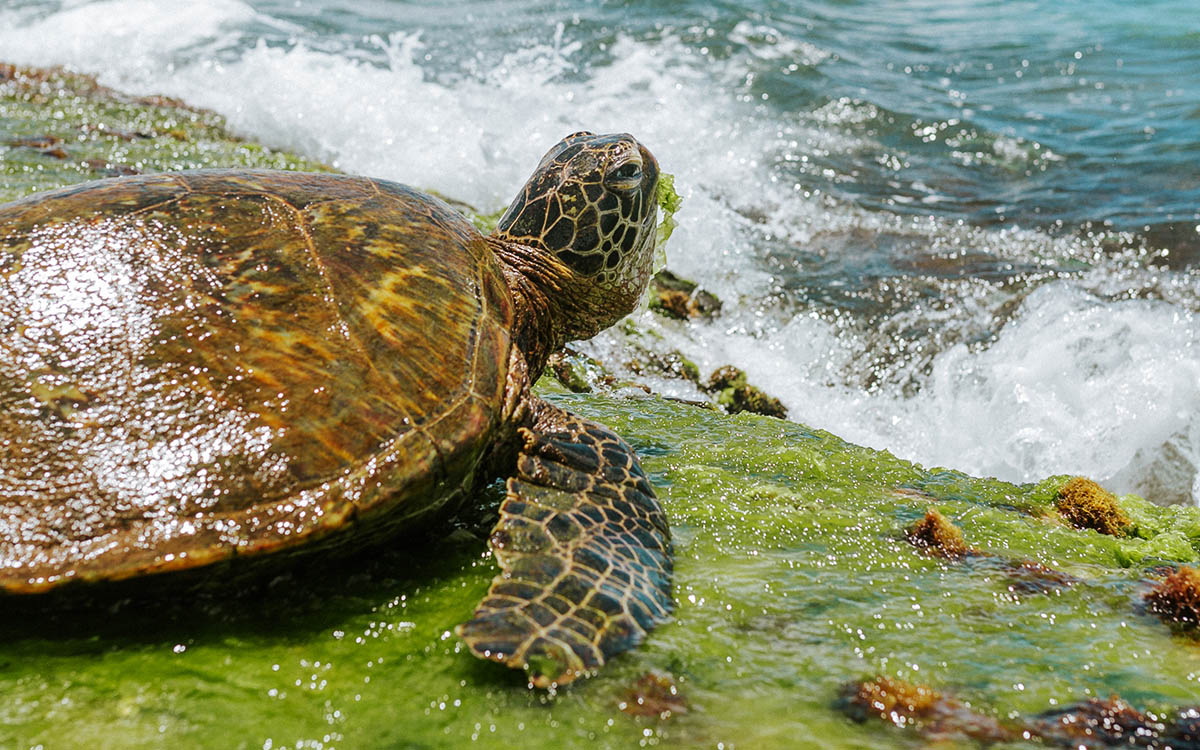 The smallest among the turtles that visit Sri Lanka, the name of this creature is inspired by the smooth, olive-green / olive-grey colours of their shells. These turtles are around 80 cm in length and considered the lightest, with a hooked upper jaw. Forming large 'arribadas' or nesting aggregations which involve several hundred or even thousands of animals, the beautiful reptiles are found nesting along many parts of the coast. They lay 50-160 eggs in clutches ranging in size from 3.0 to 4.5 cm in length. After 6–8 weeks of incubation, the eggs hatch, and the hatchlings sprint towards the sea. 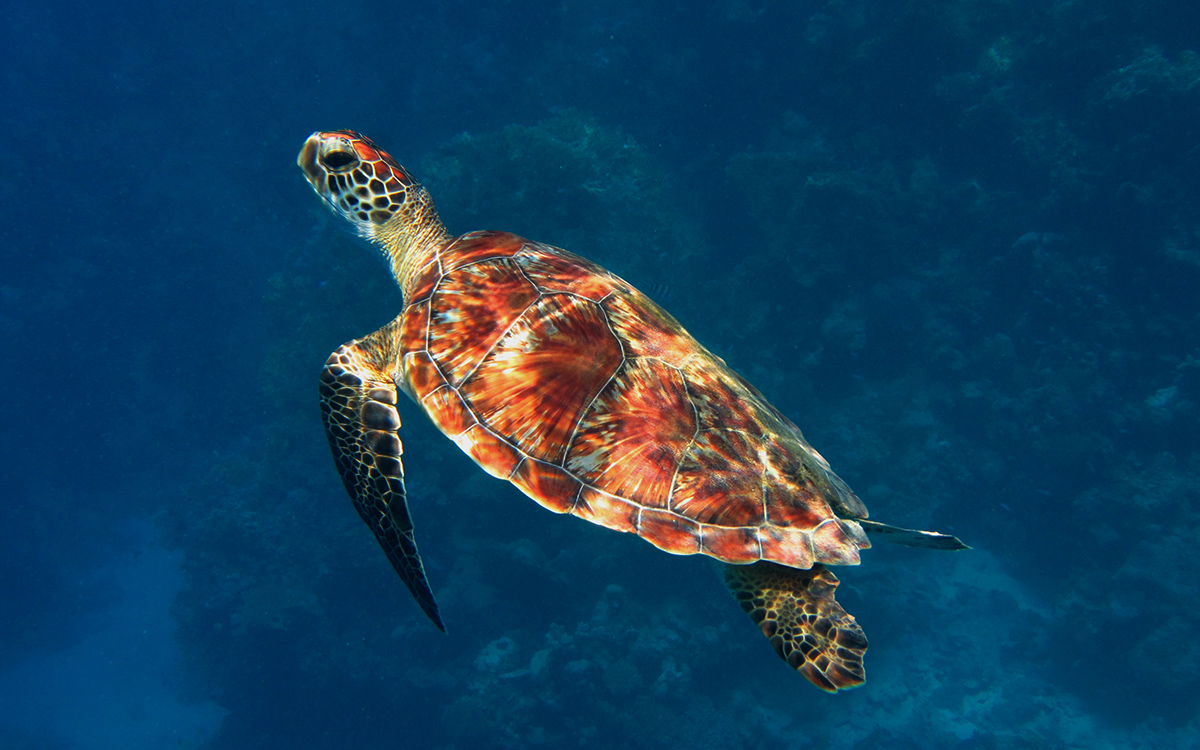 The Hawksbill Turtle is a big turtle with an olive green shell that measures around 1 metre in length. The thin, extended, and forward-projecting jaw that forms a bird-like beak gives this creature it's name. Often found in reefs, bays, estuaries and lagoons, they are thought to have a strict diet of sea sponges, though they have been found to consume algae, coral and shellfish as well. These turtles hit the coast to lay batches of up to 175 eggs that hatch in about two months. 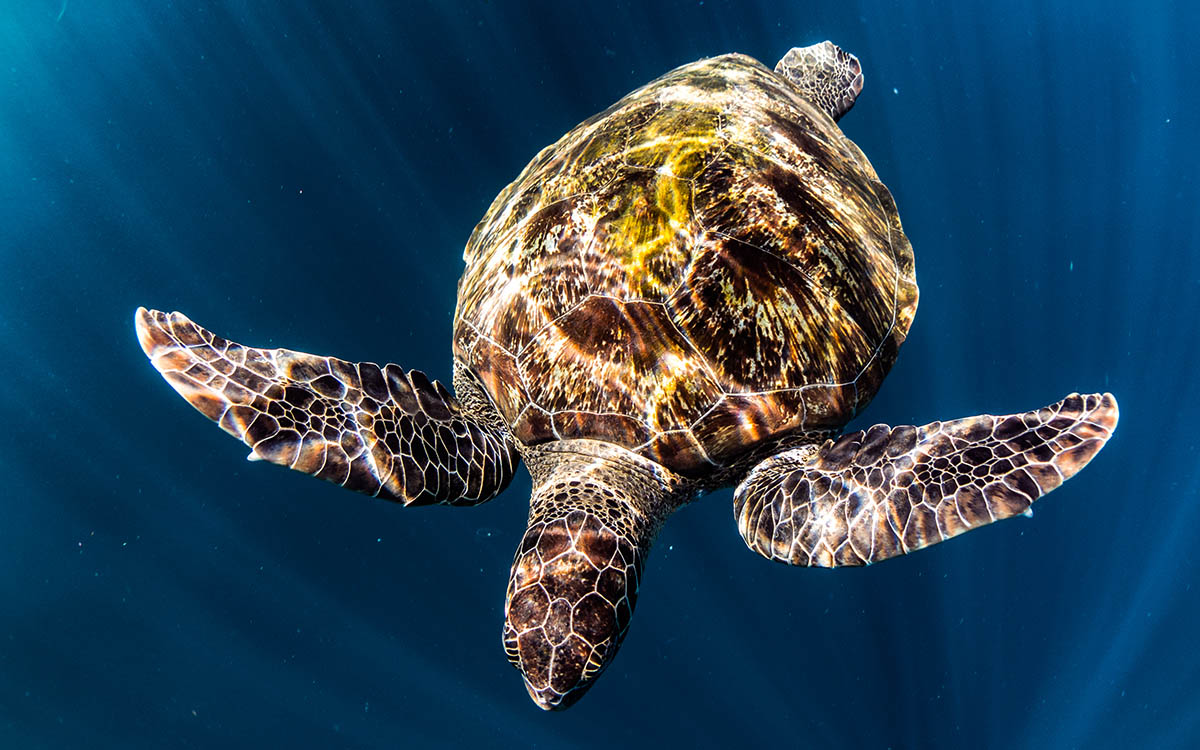 These turtles are giant magnificent creatures who sport a reddish-brown colour. The massive head that the animal has is a prominent feature of this turtle, who uses its large jaws to consume molluscs and crustaceans. These are the rarest Sri Lankan marine turtles and are found in lagoons, bays, and estuaries while nesting on the south and south-eastern shores between September and March. Each clutch can contain up to 175 eggs, with the hatchlings appearing two months later. 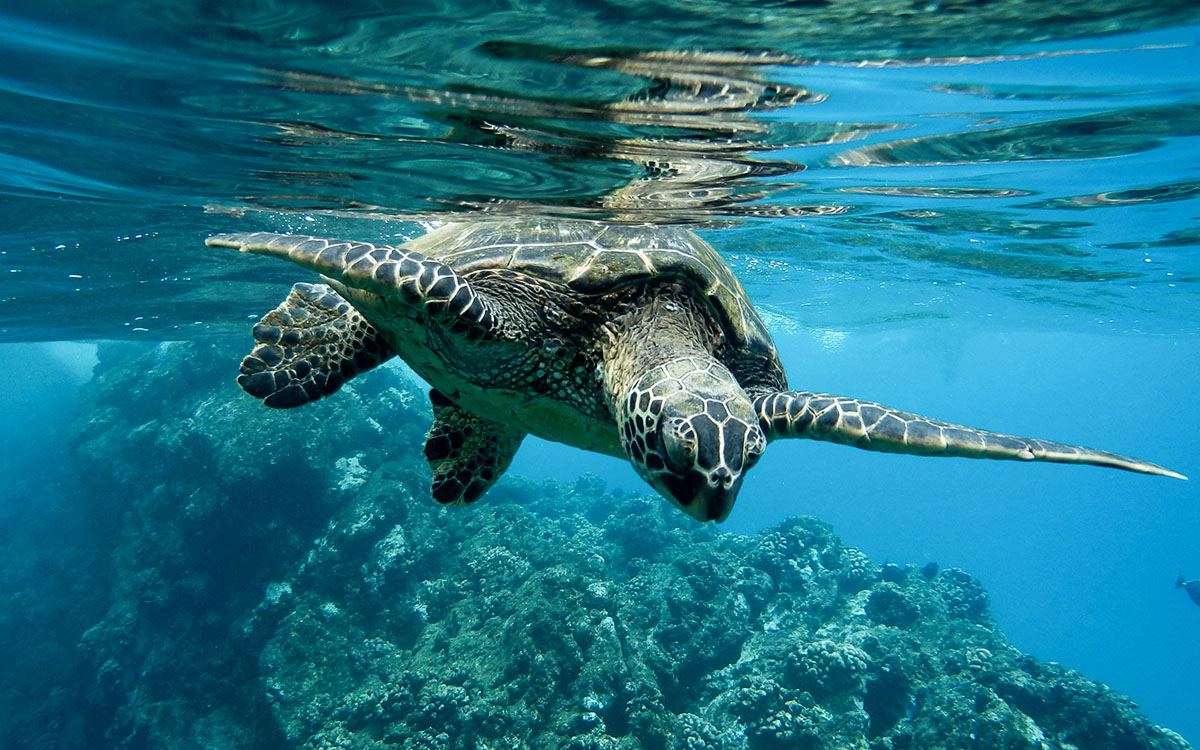 This creature's name comes from the colour of the fat it produces, which was used in the past to make turtle soup. The turtle has an olive or brown heart-shaped shell while the males are smaller than the females, and their jaws lack the hook-like shape that many of its fellow turtle species usually have. Green turtles are avid explorers and roam the tropical seas around oceanic islands with wide sandy beaches. All year-round, you can come across these turtles nesting, whose nests contain between 100 – 170 eggs. 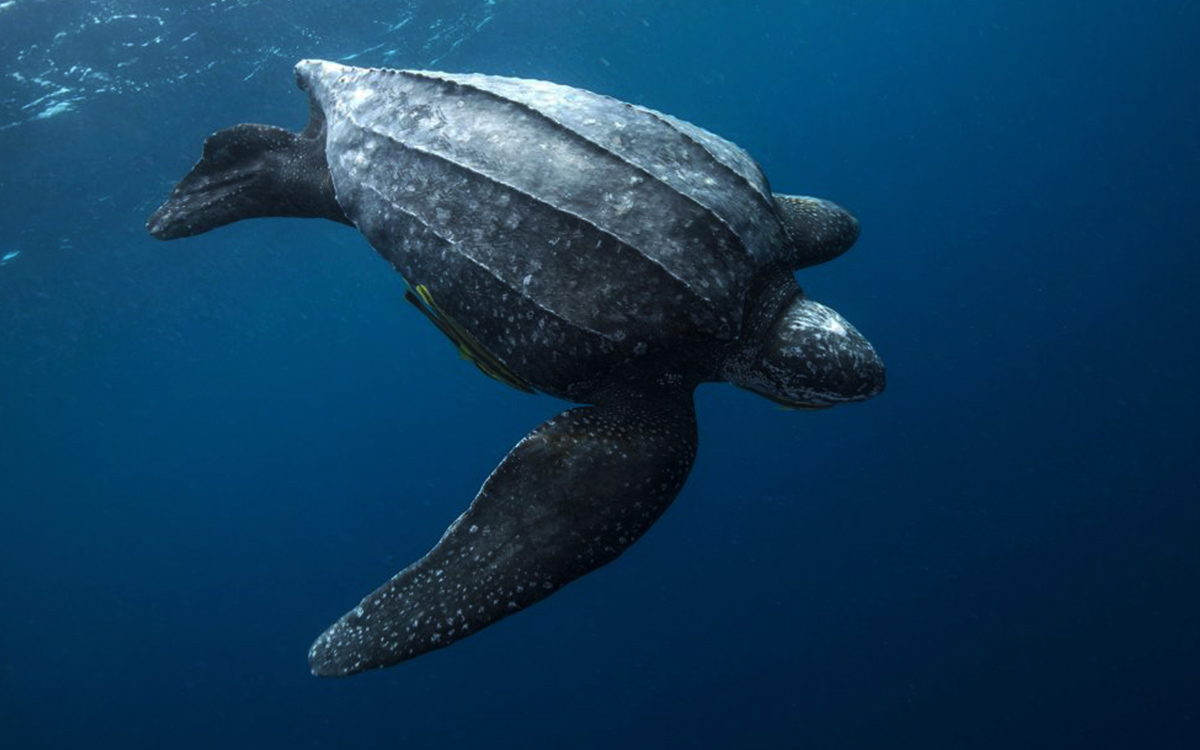 A mammoth amidst its fellow turtle species, this creature is one of the largest living reptiles in the world. Its lack of a bony shell distinguishes it from other modern sea turtles; instead, its carapace is coated in oily flesh and flexible, leather-like skin. Using the thrust of underwater currents to push them along, they are the fastest turtles around while being capable of  diving into depths of up to 1,200 metres. These behemoths have the most widespread distribution of any sea turtle species, reaching as far north as Alaska and Norway and as far south as Africa's Cape Agulhas and New Zealand's southernmost tip. Leatherback turtles can be found in all tropical and subtropical oceans, and their range extends beyond the Arctic Circle.

Unfortunately, due to natural predators and severe human influence, Sea Turtle numbers around the world are rapidly declining. Human poachers, who mishandle the eggs to sell to turtle sanctuaries or to locals as a source of food or medicine, are one of Sri Lanka's most serious issues. Volunteer and conservation programs are heavily prevalent throughout the southern coast, protecting these reptiles while ensuring ethical tours and spreading valuable information.

A truly unique experience that is both a lesson in conservation and a captivating encounter! Witness these magical creates swim the shores of Weligama and nest during your stay at W15 Weligama. Click here to make a reservation now.