The charming realm of wonder amidst the hills

The surreal town of Nuwara Eliya nestled within the central highlands of Sri Lanka is a realm of true beauty and wonder.

A journey to the centre of the island nation of Sri Lanka is one of fascination. Taking an ambience of its own, the hill country carries a beauty that is truly unique yet stays true to the spirit of the island.

The wilderness thrives amidst the collections of man-made structures whose architecture is a testament to colonial design.

The history of Nuwara Eliya roughly dates back to 1818, when Dr. John Davy discovered Nuwara Eliya as a place with a similar climate to England. Sir Edward Barnes, the governor from 1824 to 1831, built his home, famously known as Barnes Hall. The structure now stands as an iconic landmark renamed ‘The Grand Hotel’. In 1838 Samuel Baker, an explorer, shared similar sentiments as Sir Edward Barnes, and made Nuwara Eliya into a destination retreat for the British colonists to retire and relax while hunting.

The natural atmosphere of Nuwara Eliya lent itself to being Ceylon's primary sanctuary for British civil servants and planters. Little England, or Nuwara Eliya, was a hill country getaway where British colonialists could indulge in polo, golf, and the island's beloved sport of cricket. 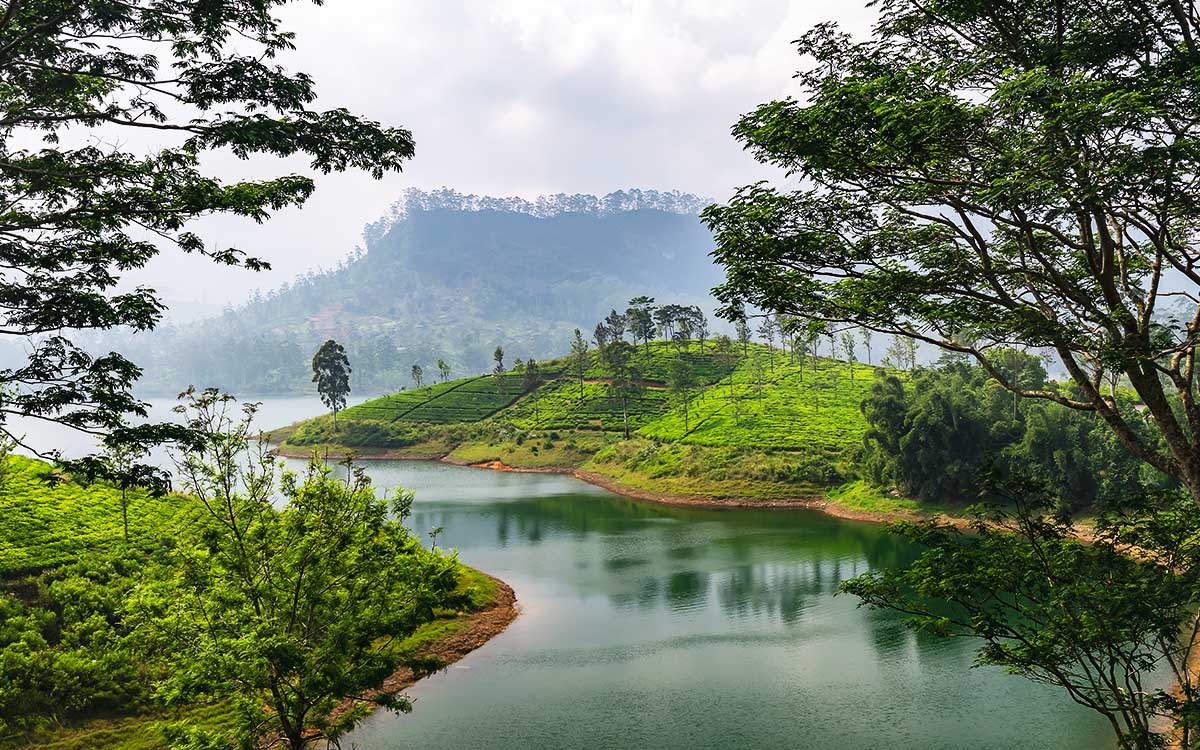 Nuwara Eliya is famed for its landscape, while the elegantly laid out botanical gardens and parks are not to be missed.

Victoria Park - Bask amid the lovely beauty of the grounds. Explore Victoria Park's beautiful green promenades and frolic through the gorgeous garden. Take in the elegantly landscaped countryside while amazing bird species or butterflies flutter across your view.

Initially, the park was the Hakgala Botanical Garden's research field. The park was later named in honour of Queen Victoria's Diamond Jubilee in 1897. A visiting German Princess planted the park's first tree, an oak, during her visit to Sri Lanka. The Nanu Oya River runs through the park, forming a series of tiny lakes complementing the serene landscape. 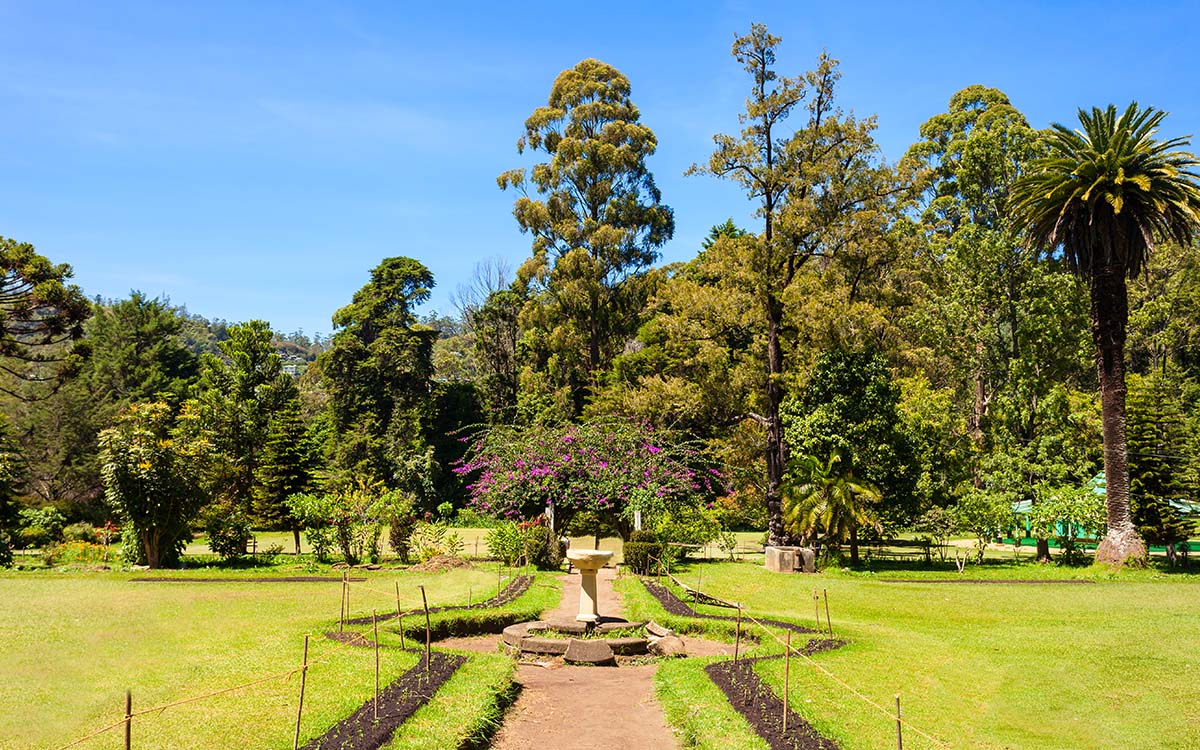 Hakgala Botanical Garden - Take the road from Badulla to Hakgala, a beautiful downhill journey through pine forests, where you will come upon the second largest botanical garden in Sri Lanka. Located next to the Hakgala Strict Nature Reserve, which is home to a variety of wildlife, including bears, monkeys, and birds. The year-round pleasant temperate and weather combines nicely with the various flora and fauna to produce a true paradise.

Established in 1861 under George Henry Kendrick Thwaites as experimental cultivation, the Hakgala Botanical Garden is one of the five botanical gardens in Sri Lanka. 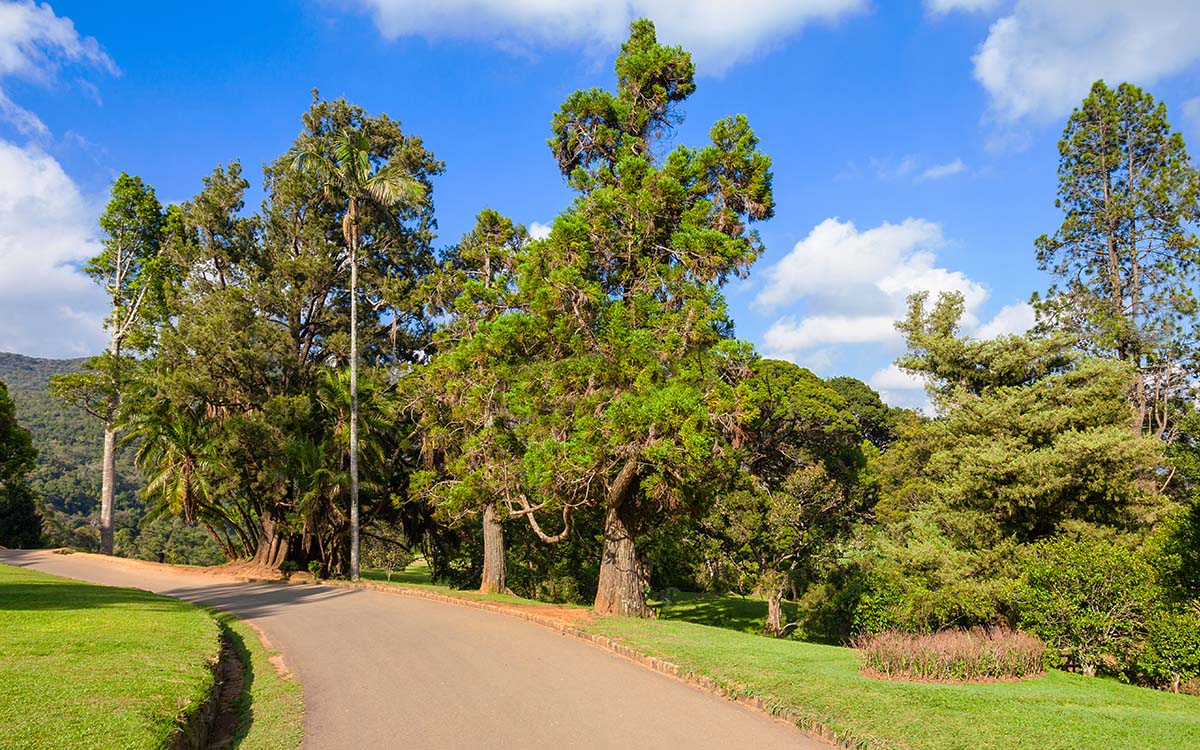 Colonial architecture is ever-present within the region, adding a certain charm to the hills.

The Post Office in Nuwara Eliya - The Nuwara Eliya Post Office, one of Sri Lanka's oldest, is located in the centre of the highland town of Nuwara Eliya. This building, a historical treat from the British empire, is a must-see for history buffs and stamp collectors.

In 1894, the British built the Tudor-style two-storey red-brick building with a clock tower for the express purpose of dealing with the mail of the British Colonials at the time. It is one of the country's oldest and one of Nuwara Eliya's oldest buildings. The structure’s vivid orange roofs and red-bricked walls stand out against the groomed lawns and finely maintained bushes. 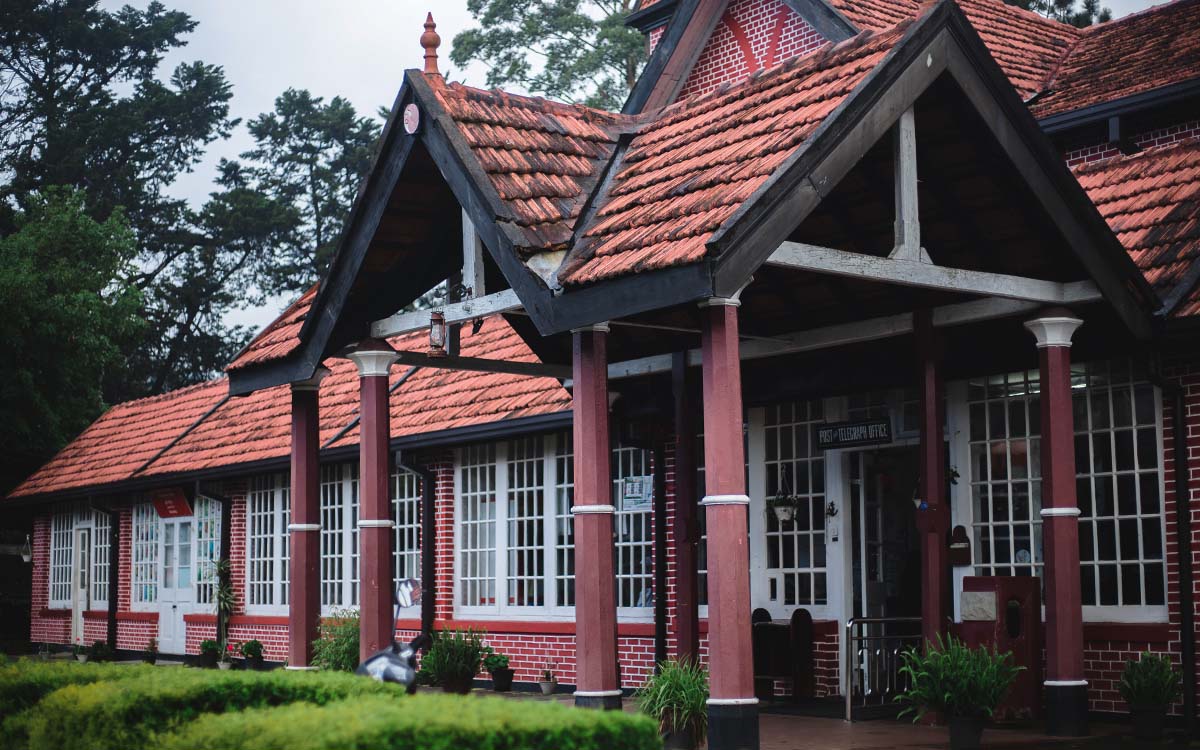 Grand Hotel - The Grand Hotel in Nuwara Eliya, Sri Lanka, created in the style of a Tudor manor house, is a masterpiece of colonial beauty and grandeur.

The original structure, a single-story house known as 'Barnes Hall,' was built in 1828 as a vacation home for Sir Edward Barnes, the fifth Governor of Ceylon (1776-1838). The hotel has been meticulously restored to their former glory.

In the 1990s, Sri Lanka's Archeology Department designated The Grand Hotel as a "National Heritage Property." This coveted distinction signifies the high regard in which the Grand Hotel Nuwara Eliya is held as a historic structure and a location with significant historical and cultural importance for Sri Lanka, deserving of preservation. 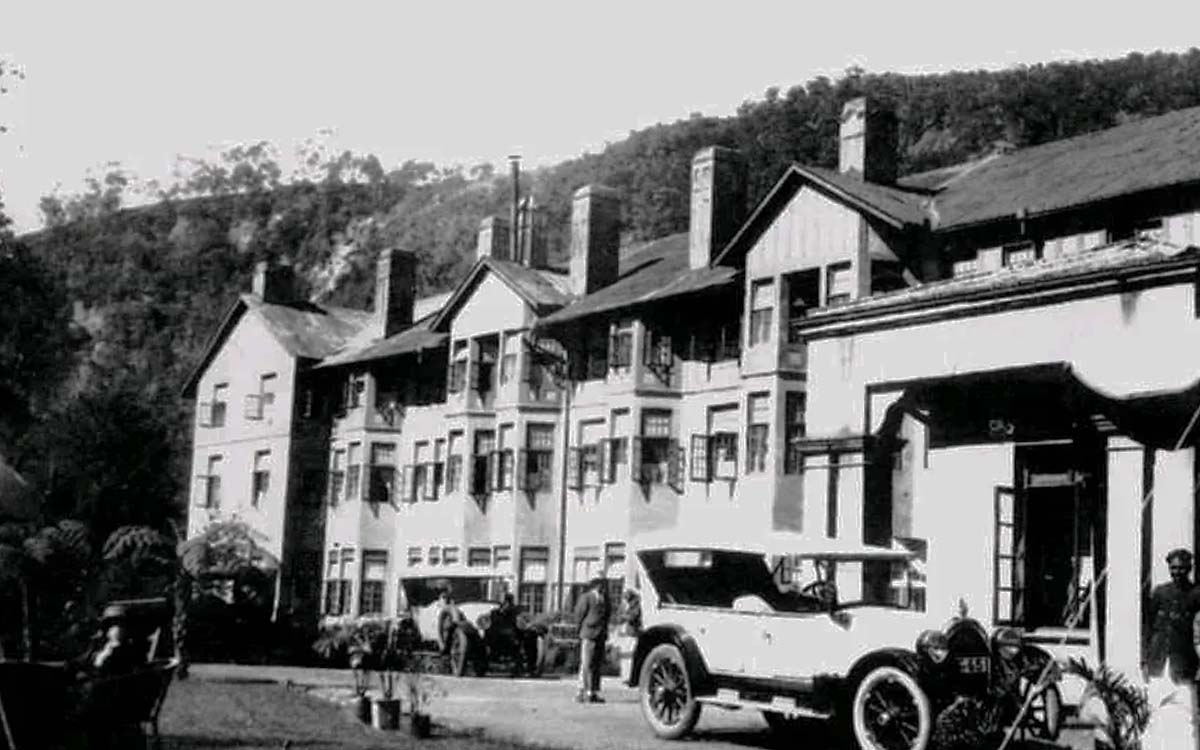 The property's initial structure was built in 1875 on land provided to a British colonial civil servant by the Crown. The mansion was later dubbed the "Scots Club." In 1891, the club was renamed St. Andrew's Hotel in honour of St Andrews, the traditional and historic home of golf, and its closeness to the Nuwara Eliya golf course.

St. Francis Xavier’s Church - If you want to view a piece of history, a visit to St. Francis Xavier's Church is a must. The church, which is located in the town of Nuwara Eliya, serves as a symbol of faith for Christians all over the world.

St. Francis Xavier's Church was established in the heart of Nuwara Eliya town on October 23, 1838. The chapel is said to be the first Christian church in Nuwara Eliya, having been built on land granted by Governor Torrington.

Seetha Amman Kovil - Seetha Amman Temple is a mystical landmark that is the root of famous legends. Discover a truly captivating and magical experience deeply embodied in the island's history

The Seetha Amman Temple is located in the Seetha Eliya town, 5 kilometres (3.1 miles) from Nuwara Eliya (also known as Sita Eliya). This is thought to be the place where Sita was held captive by Asur Samrat (Devil King) Ravana and where she prayed daily for Rama to come and save her, according to the Hindu epic Ramayana. Lord Hanuman's footprints are supposed to be circular depressions on the rock face across the stream. 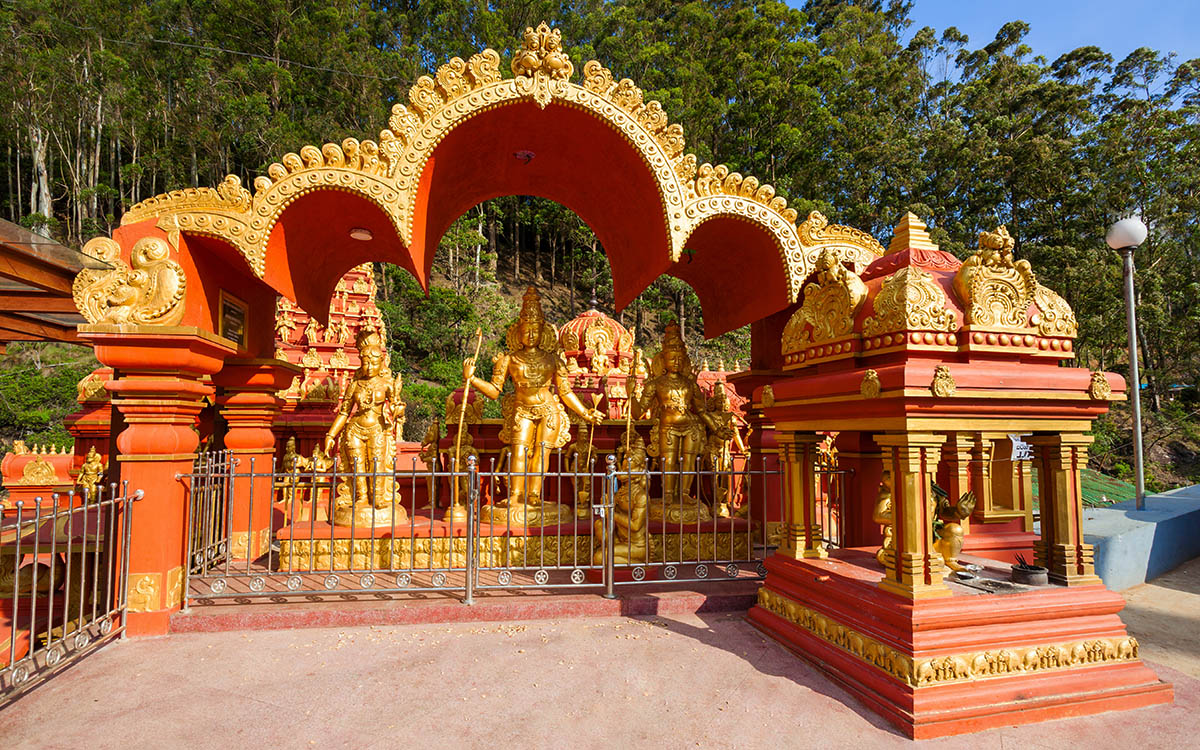 The church was completed seven years after construction began. Bishop James Chapman consecrated it on February 24, 1852 (St. Matthias' Day), after it had been completed. Queen Elizabeth II and Prince Philip, Duke of Edinburgh, visited the cathedral, and the Queen presented the church with a blue carpet and a stained glass window in honour of their visit.

The Mahagastotte Hill Climb (held since 1934) and the Radella Hill Climb, is an essential box-to-be-ticked for any motor-sport enthusiant, and a thrilling sight for everyone .

There is always an encounter seeped in history and magic no matter where you turn and while these amazing sites serve as a captivating experience, if you time it right there’s so much more to do and see in Nuwara Eliya. W15 Lake Gregory is located amidst all this grandeuer and thrill while serving as the perfect hillside getaway for your pleasure.