An adventure that takes the trail through the mountains of Hanthana, where the infamous mountain range appeared in the iconic movie Indiana Jones and the Temple of Doom

There are some movies that will strike a chord across audiences and across the test of time. Whether or not the plots of these iconic films translate well in contemporary times, their impact of them is undeniable.

One such franchise that caught the world by storm was Indiana Jones. A dare-devil archaeology professor with his renowned whip and the ever-present fedora has been at the forefront of some epic adventures since his introduction to the screen in the 1981 film Raiders of the Lost Ark. Many have traversed the mystical terrain and gasped at the expedition of George Harris as he takes on a range of villains while trailblazing through ancient landmarks booby-trapped to the brim.

A point of subtle pride, the paradise island of Sri Lanka is at the centre of the second movie in the Indiana Jones franchise, The Temple of Doom. The Steven Spielberg blockbuster was set to be filmed in North India in 1984, but the filmmakers were denied permission to film in India and Amber Fort due to the government finding the script extremely offensive to the Hindu religion. Thus the production was moved to the island paradise of Sri Lanka where the jungle and the hanging rope bridge scenes, in particular, were shot.

The ‘Mayapore’ village in the movie was built on the grounds of the government-owned Hantana Tea Plantation, now home to the world’s first Tea Museum, about three miles from the hilltop capital Kandy. 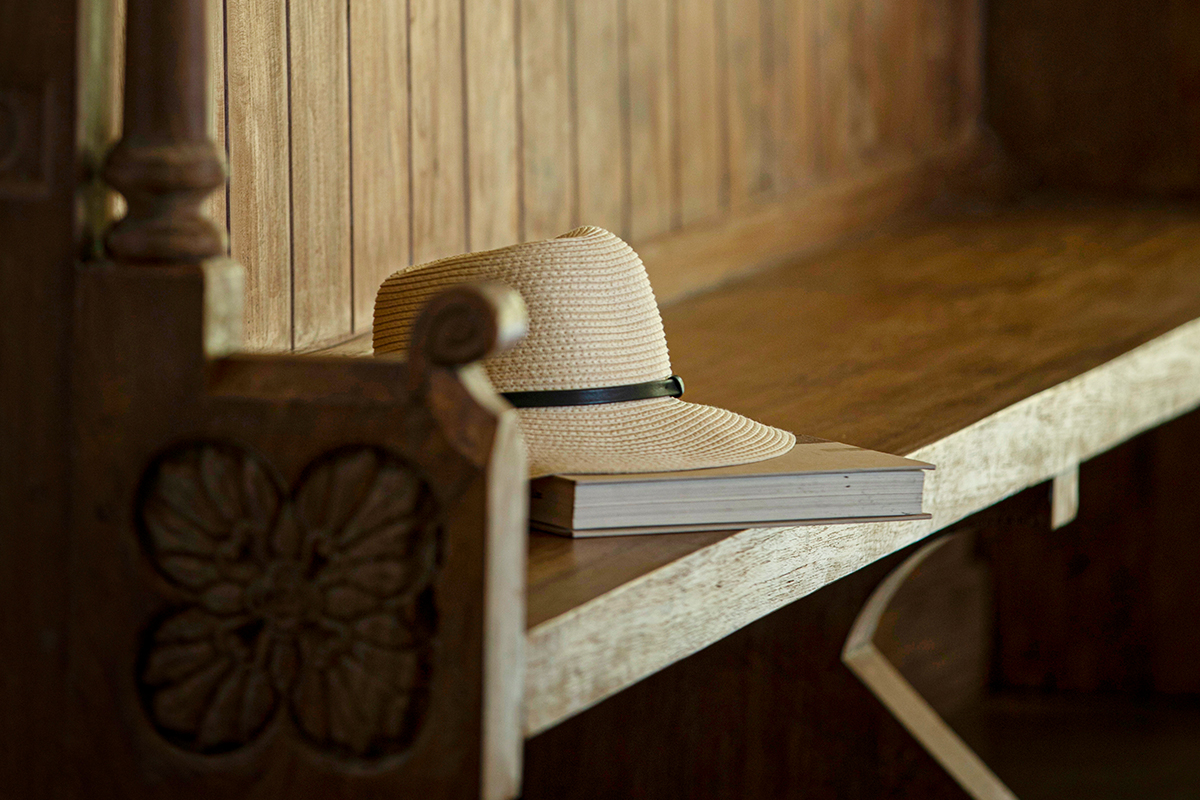 W15 Hanthana lies just a short walk away from the infamous site, and you can choose between riding on an open-top defender, on bicycles, or taking on the trail by foot. The journey starts off with the path running through lush fields of tea and then leads into patches of tall grass while the forest slowly starts to take over. 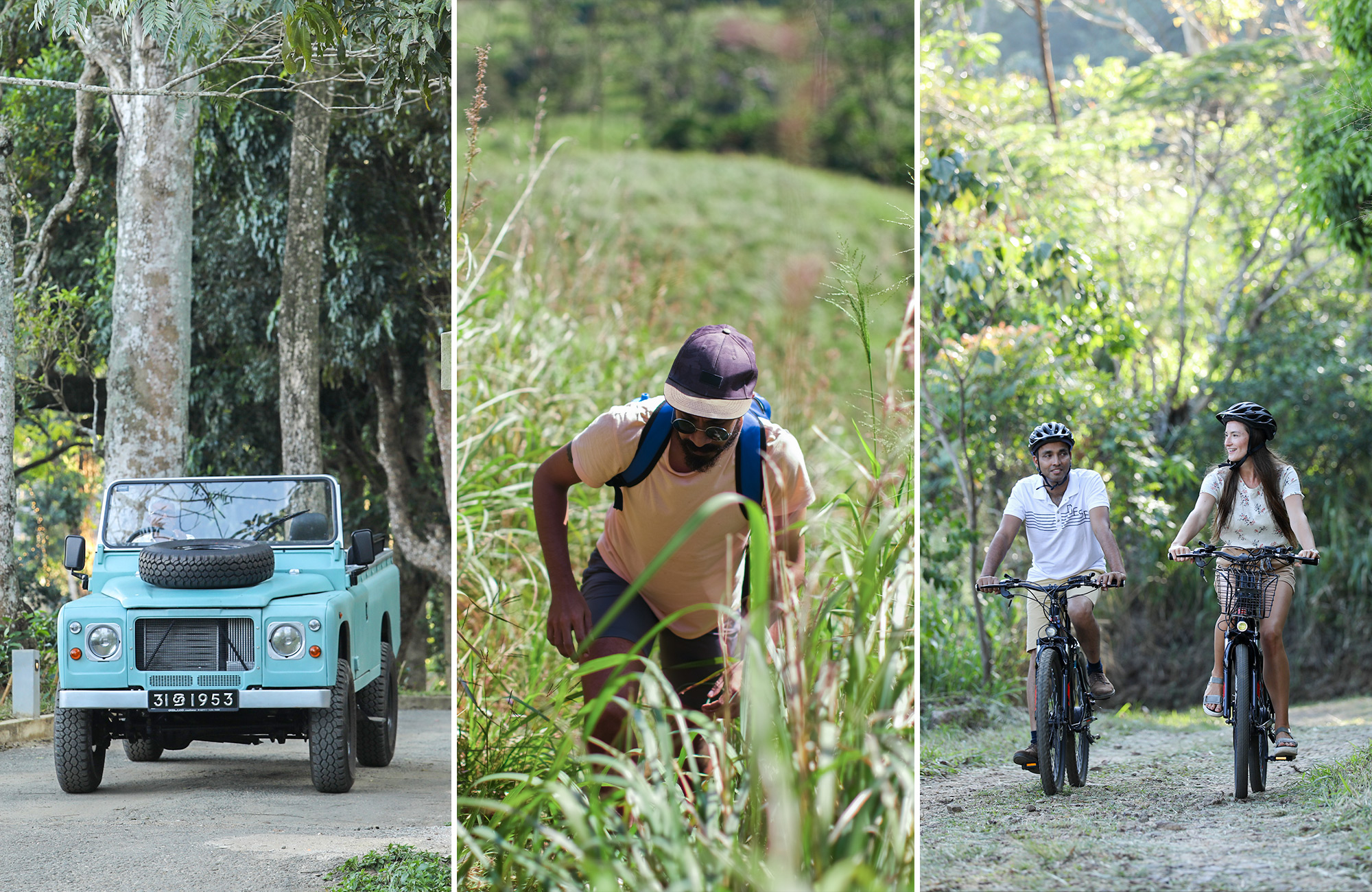 As the trail starts to veer off into the wilderness, the peak known as Katusukonda comes into view. As you take in the landscape here, you can see the Hanthana Mountain range towering over you alongside Buffalo Pass, a trail within the mountain range renowned for the wild buffalos that inhabit the terrain.

Declared as an environmental protection area in February 2010 under the National Environment Act, the maximum height of the range is 1,200 m (3,800 ft) and consists of seven peaks. 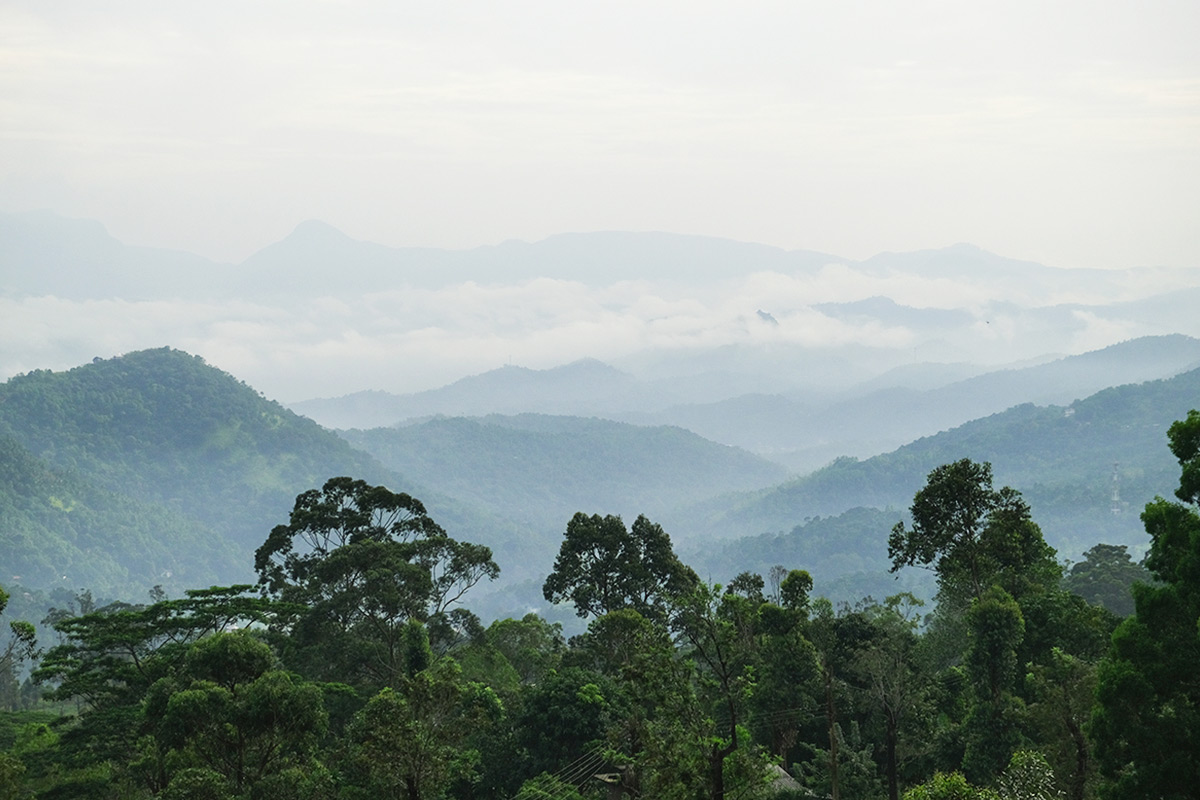 Continuing on the trail, you pass a small junction with a muster shed where tea pluckers would bring their heavy bags to be weighed and taken in. Then you come upon a temple, which has a major historical and religious relevance and an ancient cave temple. The thrill of the journey jumps up a level as you knowingly enter the realms of the leopard, with many locals having their own stories of encountering the majestic beasts.

As you start to digest all this mystery and thrill, you come upon the 'Rock Bar'. A natural rock that creates the perfect setting for a picnic, and that's exactly what you need to rejuvenate the body and soul.

An elegantly set up picnic greets you with some fantastic delicacies and a cup of tea or coffee. You could take it up a notch by indulging in some champagne or wine as the sky-high mountains keep watching from one side and the verdant tea fields blend and surround you. 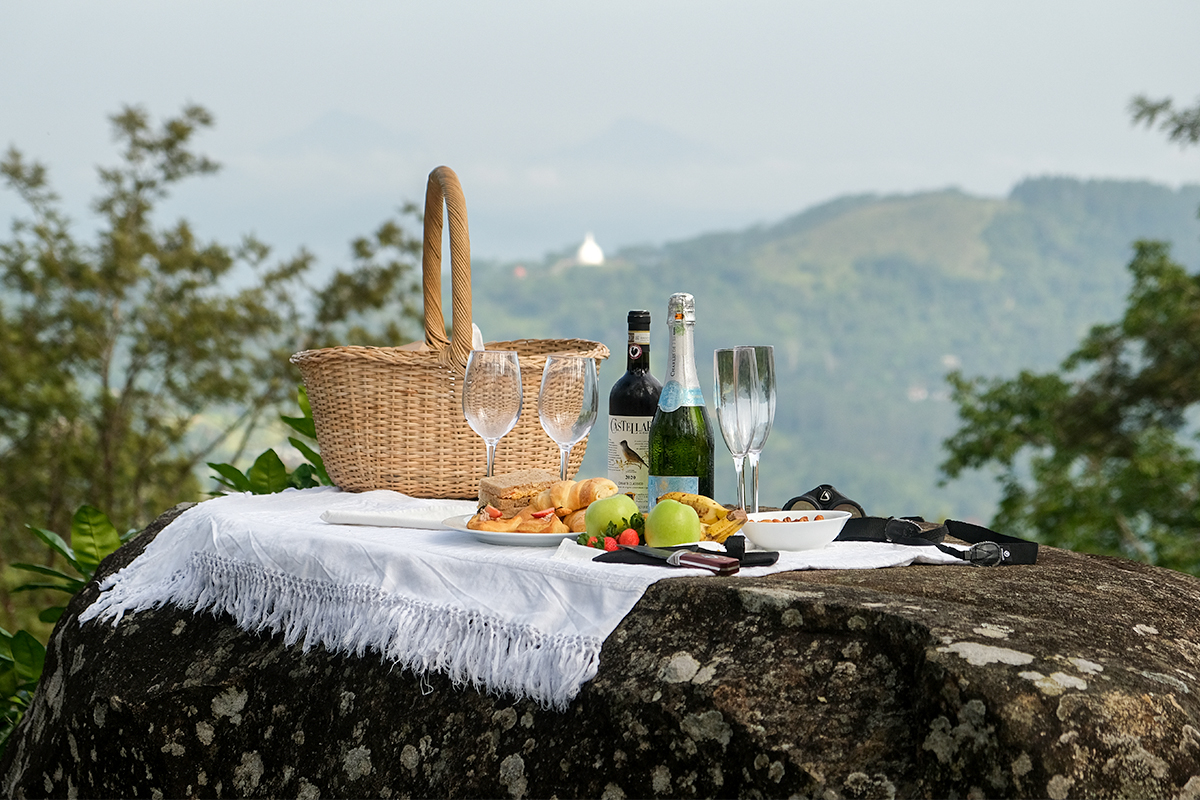 The Uragala and Uraketugala peaks of the Hanthana mountain range can be clealy seen from this point. The names of these peaks originate from a legend that spins a tale of revenge, magic and mystery.

After taking in the sights, it's time to continue the expedition, with the Indiana Jones film site a few meters away. As you walk past, your imagination can picture what might've been. The natural beauty creates a tranquil ambience, but this was once a hustling and bustling village that hosted everything for the blockbuster movies, including Indiana Jones himself. The fact that legends of the industry like Harrison Ford and Steven Spielberg once walked the same trail is bound to enthral anyone. 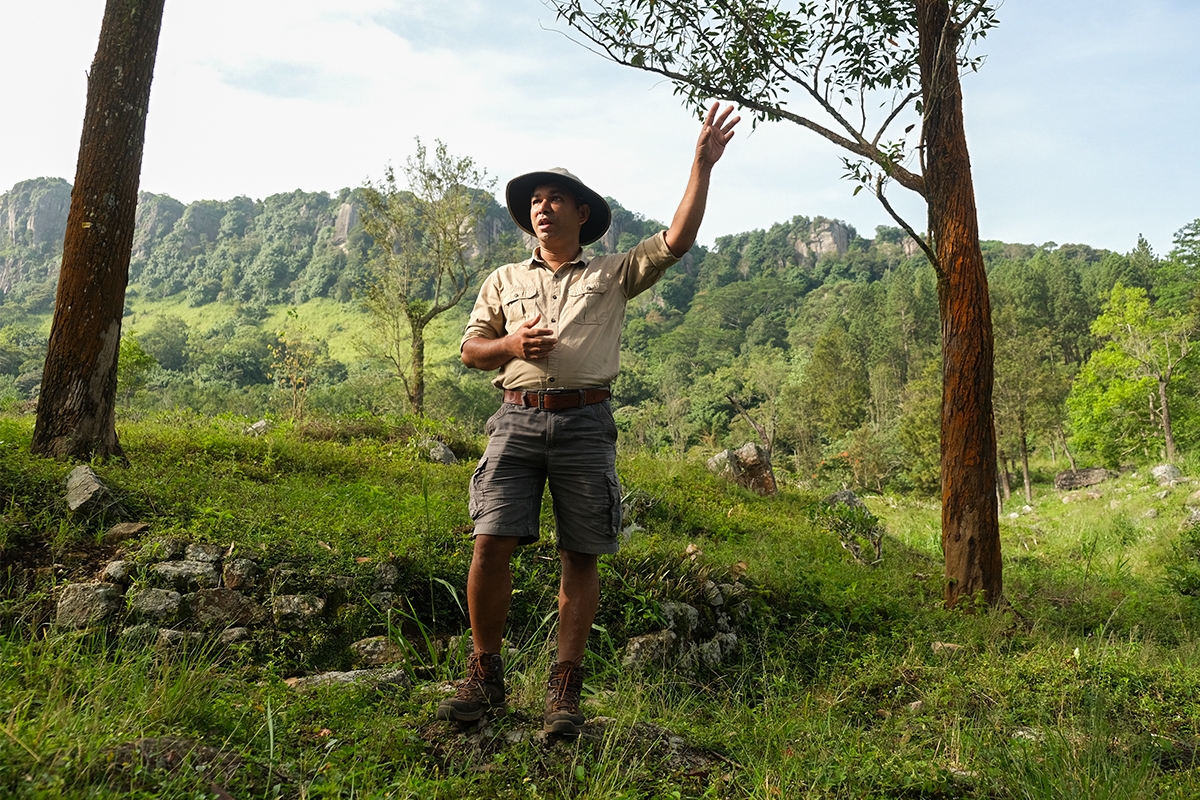 For those who are bold-hearted and prepared to venture further towards the top of the peak you can see some of the sites where Indiana Jones blazes his trail through. Hike all the way up to the edge of the cliff to see the big rock wall, which was a huge part of the bridge scene. The rope bridge was built across a 300-foot-deep gorge downriver from the Victoria Dam, which is North of Kandy.

The trail circles around the mountain peaks you saw earlier and starts heading downhill, where you come across a small stream. The crystal clear water is refreshing, and after a sip or two (and getting your feet wet), the trail slowly leaves the wilderness and signs of civilization start showing up.

Finally, you come upon the Kandy Galaha road through Hanthana, which gives you a stunning view of Knuckles, Hunasgiriya and the Sleeping Warrior Mountain Ranges as you drive through spice farms filled with pepper, clove and nutmeg.

This captivating journey will leave you fascinated and with a yearn to rewatch the adventures of Indiana Jones. The thrilling encounters and the mythical local folklore will leave you astounded and in wonder.

Explore this mystical terrain whose beauty and wander made it to the silver screen with W15 Hanthana, and indulge in a realm that is both captivating and magical while you stay in absolute luxury. 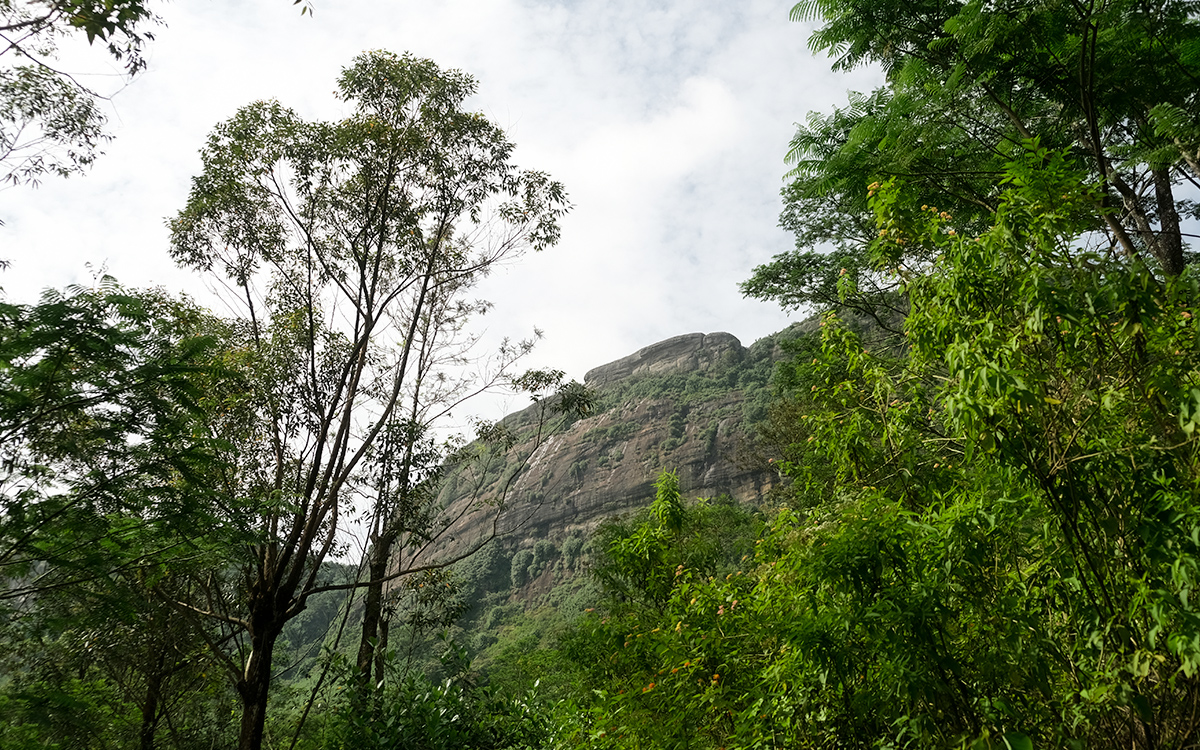