The splendour within the Ramparts of Galle

A look at the history and what you can do when visiting the iconic Galle Fort which stands as a testament to the vintage architecture and vibrant energy that flows through this cultural landmark.

The Galle Fort is a marvel of historical significance that plays host to the colourful lives of the locals who live in the surrounding areas. Nestled along the southern coast, the massive complex sets a surreal scene where modern life takes stage within ancient walls. 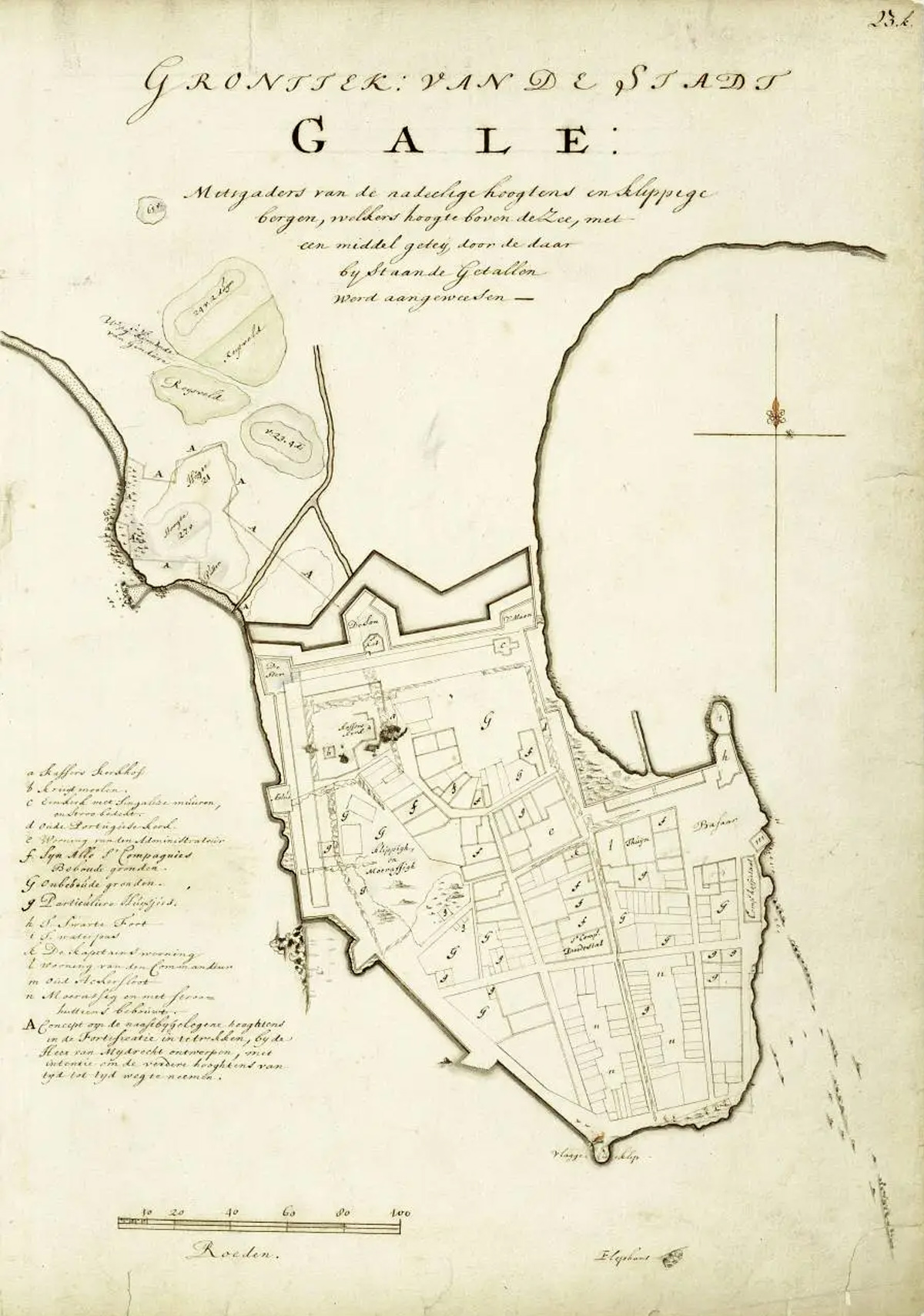 Galle's earliest recorded history may be found in Ptolemy's world atlas from 125 to 150 CE, when it was a bustling port that traded with nations including Greece, the Arab world, China, and others. Its mention as a "port of call of the Levant" is made in the cosmography of Cosmas Indicopleustes.

In 1505, the Portuguese made their first arrival in this harbour under the direction of Lourenço de Almeida, which marked a significant turning point in the island's history.

The circumstances changed in 1640 when the Dutch entered the scene and worked with King Rajasinhe II to take the Galle Fort. They also played a vital role in the construction of the Fort, which is now known for its Dutch architectural design.

Fortifications were added up to the early 18th century. The establishment included residences, business and warehouse space, and public administrative facilities. A Protestant church (planned by Abraham Anthonisz) was also built in baroque style in 1775 for the colonists and the local people who converted to Christianity. The Commandant's residence, the arsenal and the gun house stood as prominent structures within the fort complex.

One week after Colombo was taken, on February 23, 1796, the British assumed control of the Fort. The Fort remained the British government's southern headquarters once it fell under their hands in 1796.

The British rule saw many modifications to the Fort, such as closing the moat, building houses, a lighthouse on the Utrecht Bastion, and a gate between the Moon Bastion and the Sun Bastion. In 1883, a tower was erected to commemorate the jubilee of Queen Victoria.

The Second World War resulted in more fortifications built to defend the Fort. Despite all the changes made over the years, the Galle Fort still remains a unique monument renowned as an example of a fortified city with a fusion of European architecture and South Asian traditions built by Europeans in South and Southeast Asia.

Discover one enthralling encounter after another when you walk along the streets of the Fort. Groups of locals can be seen occupying the grassy fields playing cricket while others stroll through the streets filled with vendors and small shops selling local delicacies or snacks to arts and crafts.

Those exploring the ancient complex will also come across some fantastic restaurants that serve everything from your all-time favourites, while others cater to a more refined dining experience.

The Groote Kerk (Dutch Reformed Church) was built in 1640 and was remodelled between 1752 and 1755. The church is paved with gravestones from the old Dutch cemetery. There is an old organ of 1760 vintage in the church where services are held, and a pulpit made of calamander wood from Malaysia is used.

The Dutch were the ones who initially brought the breadfruit (Artucarpus incisisus) tree to Galle. Located at Akersloot Bastion in Galle Fort, it is said that the oldest breadfruit tree in Sri Lanka.

The post office was first located at 92 Pedlar Street (known initially as Moor Street) and opened in 1820. It was one of the five first post offices opened in the island by the British. In 1872, the post office was moved to its current location, which is at the corner of Church and Church Cross Streets. This structure was built during the Dutch occupation and served as the official residence of the Dutch Governor in 1868.

Other notable sites include the former Dutch government house, the Commander's residence, the great warehouse near the old gate, built around 1669 to store spices and ship equipment (which now houses the National Maritime Archaeology Museum), the Old Dutch Hospital, the Meeran Jumma Mosque (built in 1904), the Buddhist temple constructed on the grounds of the former Portuguese Roman Catholic church, the All Saints Anglican Church, which was built in 1871, the 1882 Clock Tower, the Clan House, and the 1939 War Memorial.

It takes around two hours to traverse the entire perimeter of Galle Fort, which is only accessible from the side with the main gate. Make sure to visit Galle Fort early if you want to escape the crowded streets. But don't miss the sunset, one of the most picturesque parts of the day!

The Galle Fort is only around 45 minutues to a 1 hour drive from W15 Weligama or W15 Ahangama. Ask our team to organize a tour so that you don't miss out on this captivating adventure.